I’m sorry, but I’m not here at the moment. Instead you can find me here.

Don’t Mind if I Do 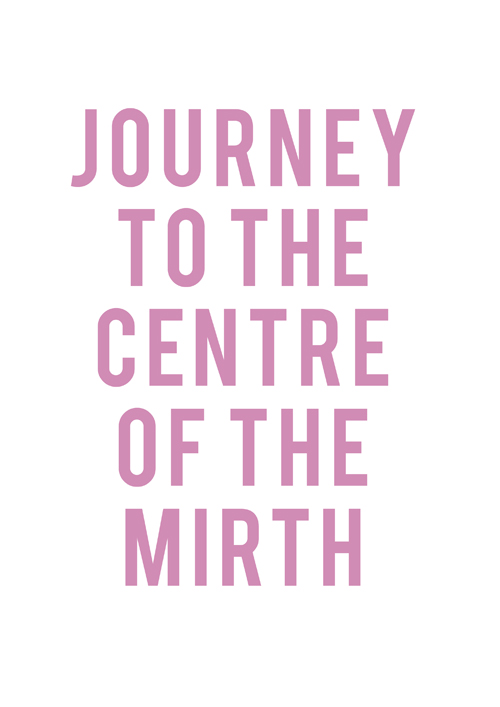 I don’t make friends very easily. I’m sociable and gregarious and all of those things that on paper should make it easy for me to make lots of friends; and while it’s true, I have many acquaintances, I can count the number of VERY close friends that I have on both hands (and maybe one or two toes).

Don’t get me wrong, this is a good thing. Having a little network of really close pals is great. However, it’s tricky when they mainly live in another country. It can get a bit lonely when the people you’re used to sharing stuff with with – laughs, adventures, heartaches, scandals etc – aren’t mere minutes away.

I’ve been in Ireland just short of 18 months now and in that time I’ve met loads of really fantastic people. It’s true what they say (whoever “they” are, and “they” tend to say an awful lot)… but yes, it’s true what they say about the Irish being very friendly. Indeed, the vast majority of people you meet really are very friendly; interested in why you moved here, how you’re settling in, what you think of it all so far etc. And there it ends.

Where it’s quite tricky is making the step change from someone who knows lots of friendly people, to someone who’s built up a network of lovely friends, including some of the really close variety (not that kind of close, dirty mind!)

For me this takes a bit of time. People don’t tend to know quite what to make of me when they meet me initially. I kind of stick out like a sore thumb for starters; I’ve never been very good at blending into the background. I don’t really look like most girls, I don’t talk like most girls (largely because I swear like a navvy!), I’m not particularly subtle (to look at or to listen to) and am generally a bit “different”. All of this can mean that I also seem to be unapproachable and a bit intimidating at times apparently.

The odd thing is that yes, while I appear to be all of these things, I’m also a  massive jumble of contradictions. Not in my opinions and the like, but in other ways.

So while I’m the loud, pint swilling, non-PC, potty-mouthed, joke cracking seemingly confident girl in the room, I’m also quite shy, self-conscious and bizarrely somewhat timid. I’ll happily be the performing monkey in a situation and make everyone laugh, because fuck it, I’m funny 😉 But it always shocks me when people realise that I’m quite shy underneath it all. I always think it’s incredibly obvious.

So, because of all of this, and no doubt a myriad of other factors, I don’t tend to make really good friends very easily. I don’t let a lot of people in you see, to get to know the real me.

But then every now and then I meet someone who just gets me. Who thinks I’m fun and funny, interesting and good company, yet sees the other sides to me and accepts them too. And in turn lets me get to know them a bit better as well.

Recently I’ve made two very, very good friends and I love them to bits. They’re as silly as I am which is a real bonus, but they also “get” the real me. 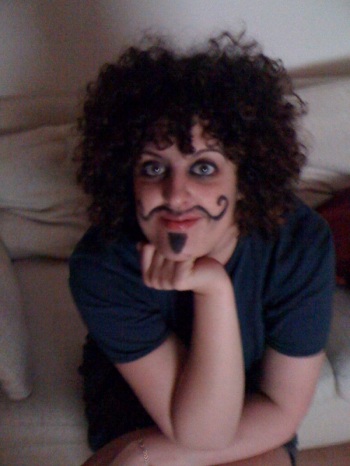 Thanks boys. Love you loads! Mwah!

Straight from the horses mouth, so to speak.

Fair play to him… at least he’s honest 😉 LMAO

Posted in being a dick, happy making

Concrete Hermit is always a source of lovely looking things.

I’m a big fan of simple, thought provoking slogans etc. I’ve always had a bit of a thing for the direct impact of old wartime posters, for example. A bit like my self, they call a spade a spade & there’s no doubt about what they’re saying. I’m very much from the K.I.S.S. school of thought (that’s Keep It Simple, Stupid by the way) – make of that what you will.

But what’s even better is when someone manages to make a great statement in a beautiful way, like these chaps 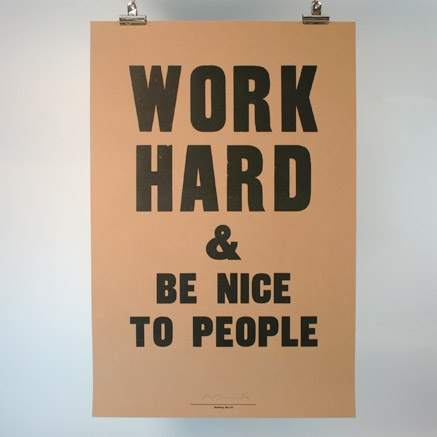 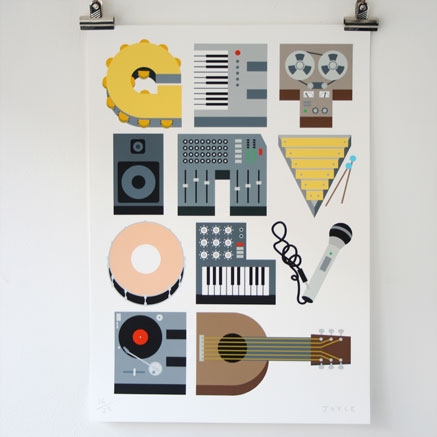 Get Involved By James Joyce of One Fine Day

Each of them pretty smart I reckon and each of them pleasing to the eye; well, to my eyes at least.

So if you fancy having either of these two lovelies adorning a wall near you, then for only £30 and £45 respectively, you can shimmy on over here and nab yourself what I think is a bargain.

Well, Smokey Me really I suppose.

I’ve been toying with the idea of giving up smoking recently. Much to the joy of several close friends and my parents I’m sure. Not for health reasons, or even financial ones, but just because I feel like I might. I’ve long had an off/on relationship with smoking. I really like smoking, controversial possibly, but true, and yet sometimes I get bored and just don’t bother.

As it stands I haven’t had a cigarette since last Friday. Not through any conscious effort, just sometimes I can’t be arsed & forget about it altogether. Maybe I’ll not bother again, maybe I’ll just regress to becoming a social smoker again, maybe all this talk of smoking will have me sparking up the minute go outside. Who knows.

Mind you, if they really did reveal hidden laser traps there’d be NO way I’d give up. Lasers are cool. Fact. 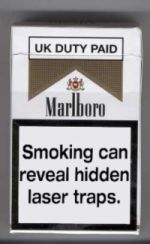 What Goes On Tour…

…evidently doesn’t stay on tour, as my girlfriends have been pestering me to write a  post about our recent weekend away to Galway. Now, I’d like to think this is testament to my writing skills and the fact that I’m funny as fuck, but as a group we do like to reminisce about good times, so I feel it’s more a case of them all wanting to have it all noted down somewhere for posterity and those times  when they need a chuckle.

Further more, my memories of that weekend are seriously patchy in part, as my age is catching up with me and I now have a brain that turns to swiss cheese when I’ve been drinking. But here goes…

First of all let me introduce the key cast members*:

The Krankees – Teeny, tiny couple that we saw everywhere

*All names have been changed to protect the guilty

Now, I’m going to split this over a few posts because it’s just too long to put into one overall post – what can I say, we crammed a lot in.  The chapters will be thus:

Try not to judge… it was probably much worse than I’ve been able to relay here.

Posted in being a dick, happy making, tales of stupidity

She’d probably love the guy who downloaded this app 🙂

It’s lovely when people help each other out. I’m a big fan of random acts of kindness.

More-so, I’m a big fan of people helping out those less able to help themselves. We all know times are tough at the moment, especially for smaller businesses. The guys over at Brand Ireland have sent out a rallying call to people involved in all areas of Marketing & PR throughout Ireland, to get together and offer their expertise to those smaller businesses who could use a hand: by offering advice and helping them to develop & implement marketing plans, which could make the difference between them making it to the other side of the recession and, well, not. What a great idea!

I for one would be happy to help. If you too, fancy lending a hand, why not mosey on along to the blog & find out a bit more about it and how you can help?

There, now, doesn’t that feel good?

Want to foster a cat?

Apparently the rubbish weather of late has only been raining cats as the folk over at the DSPCA have been inundated with them and are looking for people to foster one (or more) for 10-12 weeks. All of them are 12 weeks old or younger.

You never know, if you ask them nicely you might be able to keep one imperpetuity.

If you are interested, please drop me a line at dena [dot] walker [at] gmail [dot] com and I’ll pass on Jane’s mobile number to you (didn’t think she’d be too happy with it being plastered all over the t’interweb)

Ah, go on… how could you refuse?

Adventures of a Curly Girl
Blog at WordPress.com.