No, not my gas… or the leccy… or the phone. It’s not one of “those” posts. More just me in general really.

Not sure what’s up with me of late, but I’m feeling a bit out of sorts. Like I’m walking around in a bubble. I can see everything that’s going on but feel like I’m watching it all through a slight haze & can’t quite get myself fully involved. 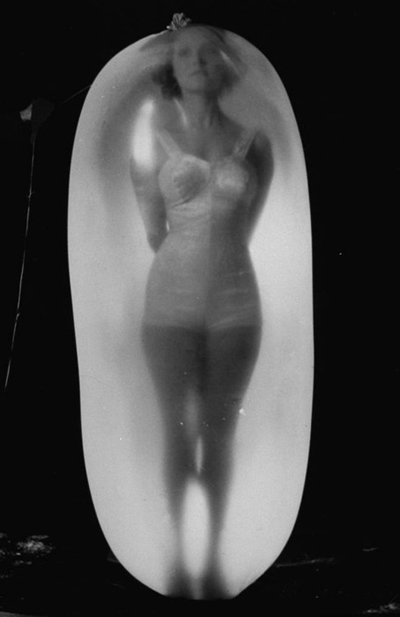 I'm a bubble girl, in a bubble world, Life in plastic, it's... er, a little disorientating actually

There’ve been a fair amount of ups & downs going on in Curlydena World of late which have all factored into create this feeling: upheaval at work, tonsilitis the other week and then a mad dash back to Manchester on Sunday for a couple of days for a bit of a family emergency & several long hours sitting in a hospital & generally just fretting a lot, and then back on the ferry to Dublin in time to be in work on Wednesday.

So, now I’m left feeling like I’m permanently zorbing, but without any of the fun, giddy “ooh, wahey, look at me, I’m running around in a giant bubble” goodness.

I’m sure I’ll shake it off soon enough. Probably after a weekend of lie-ins, red wine, Mad Men, Scorcese films, Mock the Week & more red wine. Sounds like a plan to me.

And if nothing changes and I still have this bizarre bubble around me, then I guess I’ll just have to look on the bright side, and realise that now at least I can be my usual clumsy self but without the risk of quite so much injury and less regular bruises about my person – I often have the knees of a 9 year old who’s no good at hopscotch combined with the shins of a footballer who forgot to wear shinpads when playing against Roy Keane circa 1997. Not the most attractive feature on a girl of, ahem, 30… I mean twenty-something*.

Got to look for the silver lining after all 🙂

It’s been a bit of a week for all things relationship, sex, heartbreak, mischief & fun related in my world. The majority of these things haven’t been going on in my life specifically (I’d be exhausted), but largely those of my friends: most of whom I’ve been lending a listening ear or giving sought after advice to (I try not to give the unsought after stuff, though admittedly have been guilty de temps a temp).

This week’s tales of woe include a very close friend whose young & passionate relationship hit a brick wall at enormous speed due to the emotional fuckwittage & utter lack of balls of the man involved; an old & very dear friend in the aftermath of an emotional conflict that he/she can’t tell their significant other about; a friend who’s fighting off the interference of others in their otherwise blissfully happy relationship and a couple of other friends who are dabbling in the world of online dating, with varying degrees of success.

Then there’s myself, happily single but always up for a bit of fun from time to time – though very unsure about whether I actually want a relationship or whether I would, as I suspect, run a mile – yet still managing to get confused about what men want from me & how that differs from what I want from them, or one in particular this week anyway.

The crux of the situation is that pretty much everyone is out there looking for the right one and all that jazz. And we all handle it in different ways. Lots of my girlfriends have various theories about the ways that they subconsciously sabotage relationships, dates etc and to be honest, I’ve never really held much sway in all that stuff – I tend to think of it as the refuge of the “needy girl”, never something I have ever aspired to be. I’m very much of the, “it’ll happen when it happens and go about your life in the meantime” school of relationships & not worrying about it too much really.

Then I read an article in the Style magazine of the Sunday Times that made me wonder if I’m actually a bit of a commitment-phobe. If that is really why I remain single? Is that my “sabotaging behaviour”?

Men have been notoriously branded commitment-phobic for a long time, and with very good reason (ask anyone, male or female, they’ll have a story about it). But the article raises the question of commitment-phobia among women. And I for one am convinced. While all of my friends seem to be having relationships or at the very least looking for them, I am blithely going about my life not really giving it any kind of priority or caring about it much either.

Turns out I may very well be commitment agnostic. Not necessarilly fully phobic about commitment but it’ll take someone very special to make me willing to do it again. I tend to want something a lot more casual and no strings – the benefits of a relationship without the responsibility or depth of feeling… or very probably, the risk of getting hurt. And judging by the many dramas that I’ve been hearing about this week I’m not necessarily on the wrong track here.

I’m not a needy girl always seeking reassurance from men; the victim who constantly gets shat on from a great height only to go back for more, or the high maintenance girl who finds a bloke only to make a million demands & try to change him. I have a massive lack of respect for those girls – they give the rest of us a bad name.

No, I’m the girl that isn’t going to go seeking a relationship. If it happens, it happens (assuming I haven’t fled for the hills) yet in the meantime, I’m going to be honest, yeah I want men in my life – that’s what “friends with benefits” were invented for 😉 And I’m cool with that, it doesn’t make me a slag as I’m pretty picky about who my FWBs are and I’m not using it as a means of snagging a bloke either. I  choose it because I’m not sure I “believe” commitment to be the right thing for me, at least not right now…

… but who knows, maybe one day I’ll find someone who’ll make me sing like the Monkees?

Wherever I lay my hat…

Just home from a week at er, home and feeling somewhat confused, but can’t help feeling that overall it’s a good thing.

I went home to Manchester for a week to catch up with family and to see my Uncle who had a bone marrow transplant on Wednesday (more about that to follow). It was lovely to catch up with my family & friends whom I love heaps & miss just as much, but for the first time since moving to Dublin almost a year ago, it didn’t feel like home.

Dublin really feels like home most of the time – my life is here now. Yet sometimes, at the same time, it also doesn’t quite feel like home. Every now & then I feel I remember that I’ve not been here a tremendous amount of time and some things still feel very new.

So, I’m left feeling a bit like the Littlest Hobo, not quite knowing where my “home” actually is. However, I can’t help feeling that it’s still just a transient state and while I’ll always love Manchester (it’s in my blood) this is all actually a sign that slowly but surely Dublin & Ireland as a whole are becoming my home. And I can’t help but feel that that’s a very good thing! 🙂